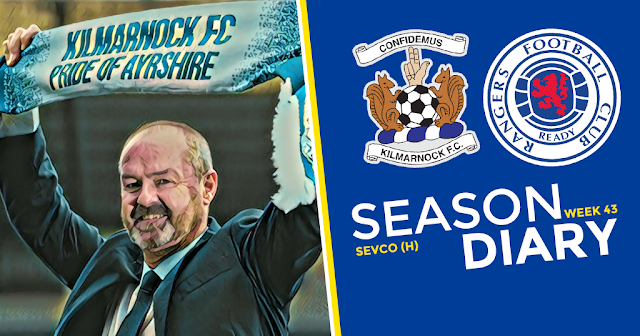 It's a bittersweet symphony this life.

We finish third, we qualify for Europe, we get ditched at the altar by the best thing that’s happened to us in years!

Let’s start with the game.

A well-deserved hard fought win over the new team from Glasgow.

We’ve taken ten points off them this year so the SFA forced Steve Clarke to sit in the stand to give them a better chance.

Then they offered him the Scotland job so he can’t torment them next year.

Our directors decision to restore home advantage resulted in the biggest crowd at Rugby Park in years, hopefully many of them will return next season.

The atmosphere was fantastic, and the fans were outstanding, to which the players responded and delivered the three points we needed.

There are too many people who deserve praise for the season as a whole to name, but I am going to mention the foot soldiers of the blue and white army…this one was for you.

We loved Steve Clarke like a brother but we have to wish him all the best and move on, he was a massive part of our renaissance but we are Killie…and Killie are back!
‹ Back to news headlines
Share this page: